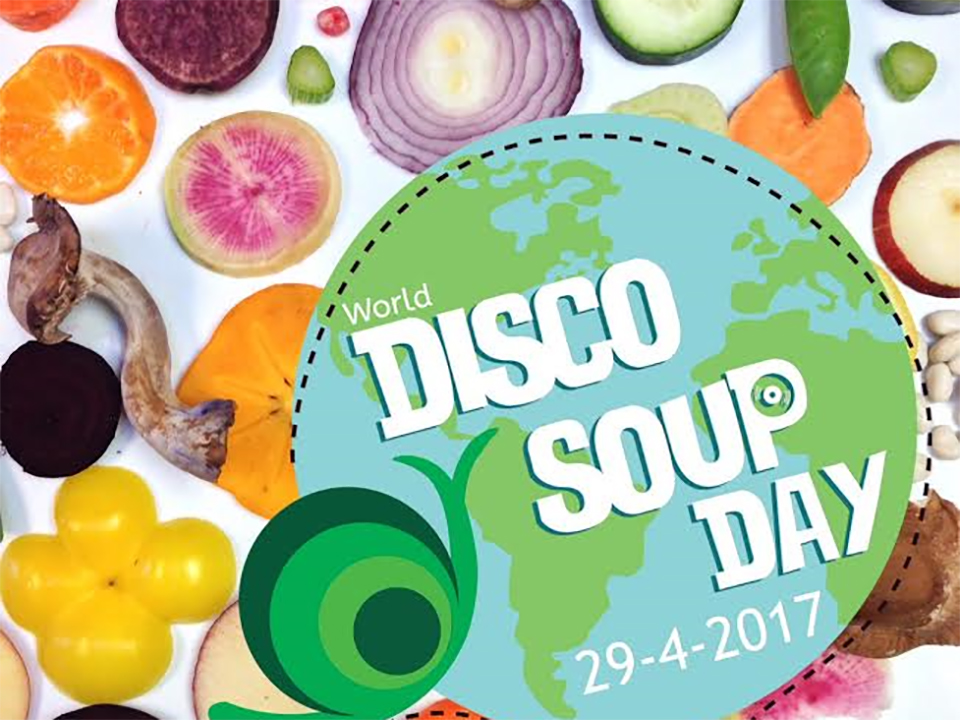 Slow Food Beirut along with the global Youth Network invites you to join the first World Disco Soup Day on April 29th 2017 to fight food waste!

With the collaboration of Tusk Bakery, Beirut’s new wholesome bakery and the good people who produce Chateau Marsyas wine, we were able to celebrate this important event here in Beirut at the bakery from 6 PM to 10 PM. Admission is free, but we accept small donations to pay for costs and the extra money will be donated to Slow Food Beirut to help fund projects for our website.

While parts of the world population suffer from hunger, one third of the food intended for human consumption is being thrown away every year. 1.3 billion tons of food is being fed to bins. At the same time, according to FAO, we only produce enough food to supply the world’s growing population until 2050. It’s clear we have a huge challenge in front of us.

At Slow Food’s Terra Madre 2016 we got together with our international network of food producers, activists, students and others food professionals and decided to organize the first World Disco Soup Day! On April 29th we call for attention and action to stop global food waste, by organizing one of the most well-known projects of the Slow Food Youth Network: Disco Soup. A Disco Soup is a way of collecting a lot of food waste and making something really good out of it with a lot of people and having a lot of fun in the process. This time we want to address the problem of food waste not only on local/regional scale, this time we’re going global!

We all care about this huge problem and it’s time we give it the attention it deserves. That’s why we want to invite you and everybody within the Slow Food Youth Network to start your own Disco Soup-event on April 29th.

Join us and fill bellies instead of bins!