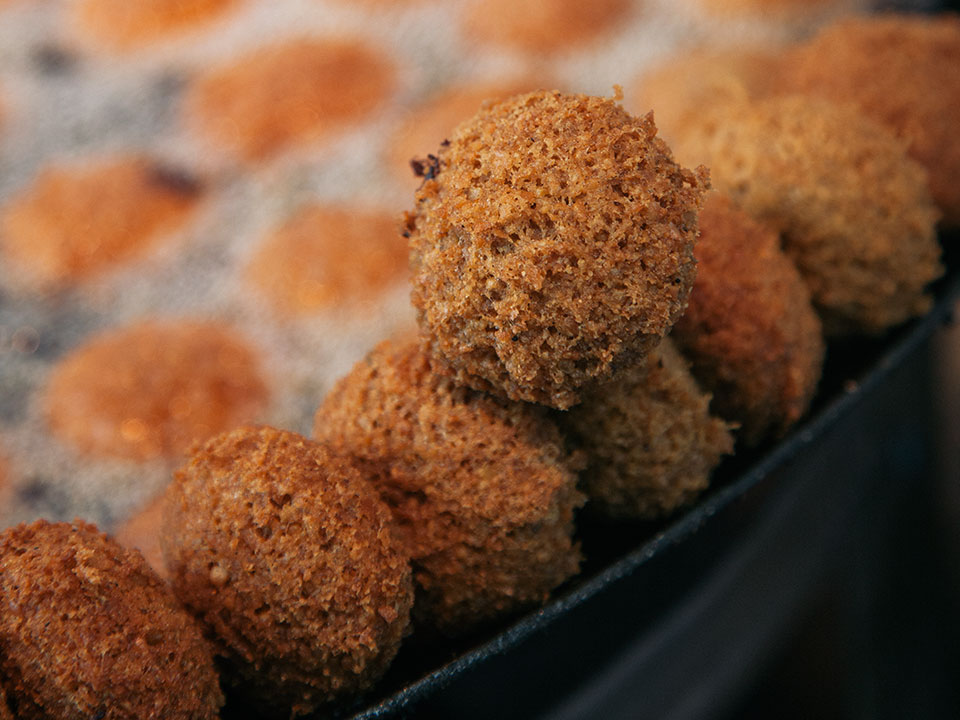 There is always space to argue about variations on dishes, and so it is true with falafel too! Where is it from? Where is the best one? How should it be made? I’ll stop on this last issue!

Of course, two camps exist: the fava-only falafel camp, and those who preach the combination of favas and chickpeas. Then again, there are also those who swear by coriander versus those who swear by parsley! There are no rules, only different variations around one theme. And it’s for each to choose his or her favorite.

Here is one of the many versions! Still, the secret of any good falafel is to eat it hot enough to be golden and crispy on the outside and tender and moist on the inside. Another secret is to eat it in a sandwich, because a falafel is not just about a deep-fried ball of something, but rather about the mix and contrast of the fried falafel with the tarator (tahini sauce), juicy tomato, fragrant mint, crisp parsley, crunchy radish, and pickled chile pepper, all in one bite with some flatbread!