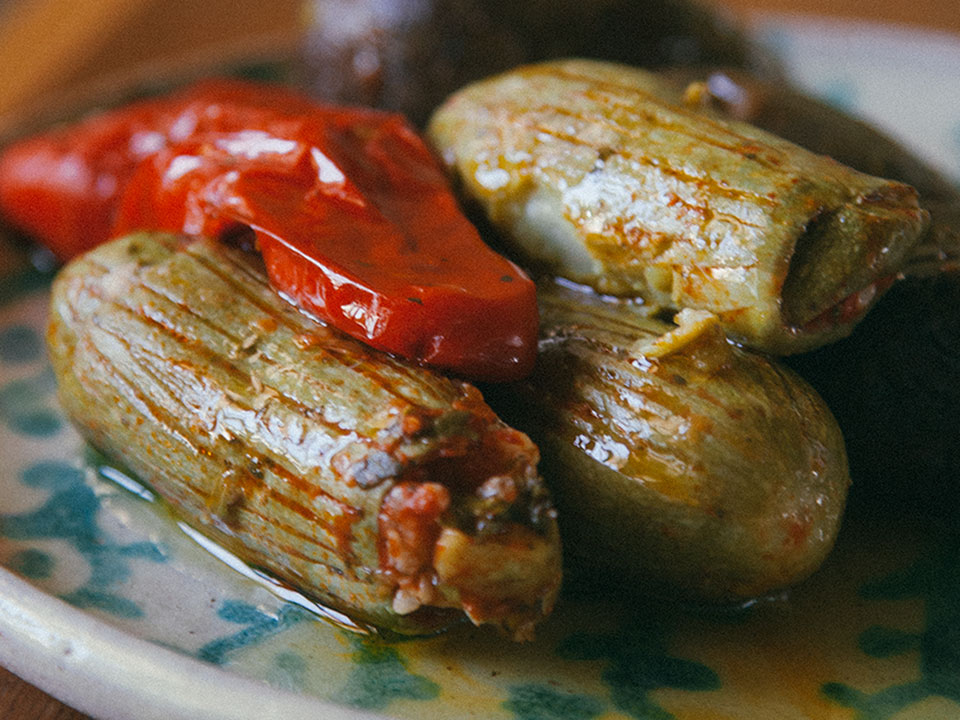 Meat (and rice) stuffed zucchini are a staple of Lebanese home cuisine. Preparing whole zucchini for stuffing is a tricky job; the smaller, the better (look for finger-size zucchini . . . yes, this exists!), though this makes coring them more difficult. For that you need to cut off the stem end, and start emptying the center with a man’ara, a long metal utensil, a semicircular-shaped skewer (or the thin long handle of a dessert or drink spoon); the trick is to dig enough so as to have a hollow whole zucchini with very thin walls, that will hold the maximum amount of stuffing. It will take some practice (and some broken ones) before you achieve a satisfying result. The scooped-out portion of the zucchini makes a perfect filling for an omelet or a stuffing for fatayer (pastry pies).

Note: This stuffing is used for all kinds of hollowed-out vegetables—eggplant, potatoes, tomatoes, green peppers—or rolled ones, such as grape leaves, cabbage leaves, and Swiss chard leaves. In the stuffed-leaves version, loads of garlic slices are added to the pot between the layers of stuffed leaves. In the cabbage version, a topping is added consisting of pounded garlic and dried mint, sautéed in butter or olive oil and added at the end of cooking. These are all delicious smells to fill the house!